A herewith highly recommended post at Sicily Scene about the Churchill-made Arandora Star-tragedy, reminded me of my surprise when on my first visit to a certain island I 'stumbled' upon ... 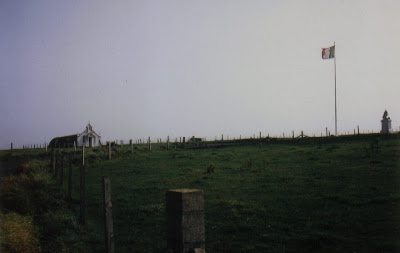 Imagine you had been one of 550 Italians captured in North Africa and in 1942 being brought to the Orkney Islands, being forced to construct causeways to block German U-Boots from accessing Scapa Flow.

The name those four causeways got, by the way: 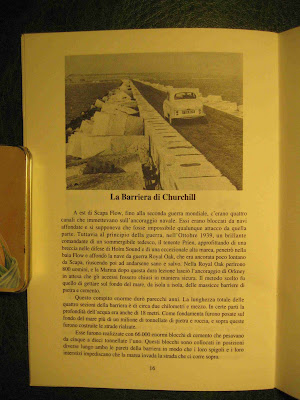 
As you can read (at least) the essentials here, I do allow myself to indulge one of my favourite passions - do I detect a knowing simper on the lips of my experienced readers? :) - and restrict myself to offer some photographs. 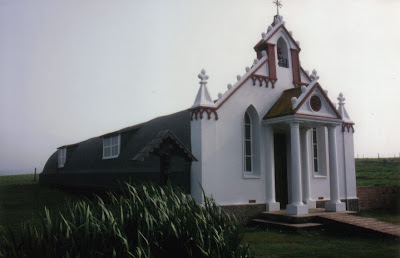 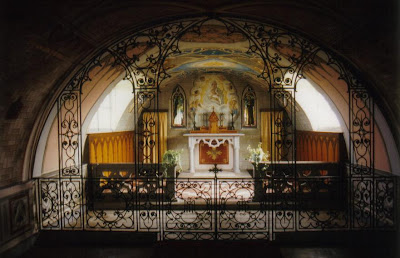 Its inside (photo taken freehand, without flash) 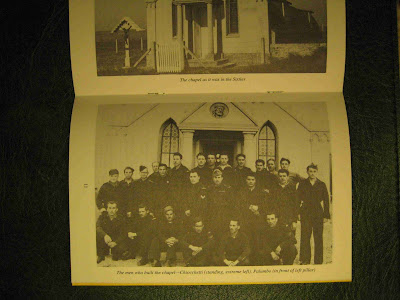 The 24 prisoners of war who did it. 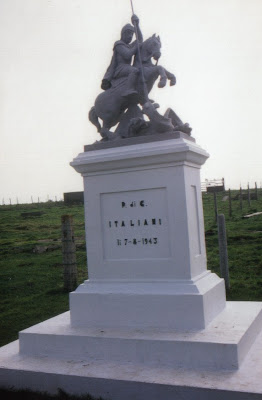 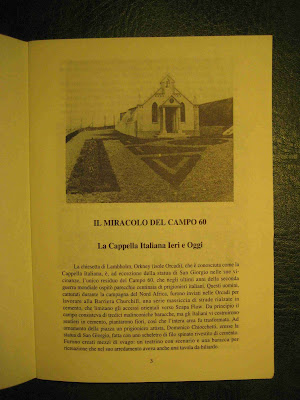 And here some more lines in Italian, just for Lady Limoncello (and those whose native tongue is Italian).

Why would an agnostic write a post about some Italians who a) were so stupid to follow a megalomaniac 'duce', b) be so stupid to let capture themselves, and finally c) in their rainy and stormy detention centre would start to build a chapel for someone/something who/that has - so far - not introduced her-/him-/itself as Her/His/Its godish Highness?

1. (the ironic one) Just because it's a sign of hope. After all, out of approximately 500 prisoners of war only 24 were such silly full stop

2. (the first of two serious ones, and I do cut it but short): It's just amazing! Just amazing.

Would Major T. P. Buckland have allowed to build a mosque?

Would a Muslim-Major (have) allow(ed) his Christian prisoners to build a chapel?

And a last thought for tonight; a thought that is ... yes! ... permanent part of Omnium: We all (!) could (!) know from history how ... have no adjective here ... war is. And still ... and still ... there has not yet been the one generation who was willing and able to immunise their children against those roothless and greedy few (!) who'd do their best to instigate envy and hate and ... wars.

Past is. Is presence. Impossible to let bygones be bygones or even forget about. It’s there. Is presence. And maybe herein lies the reason that we remain unable to learn from the past.

For how many years, decades ... millennia the majority will keep silence?

New comments are not allowed.