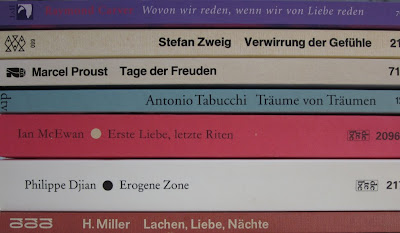 
Cover stories: The beginning
What Cover-story 0004 is about
Fancy to join? The Flesh-eating Dragon offers a good introduction
Posted by Sean Jeating at 21:11 1 comment: 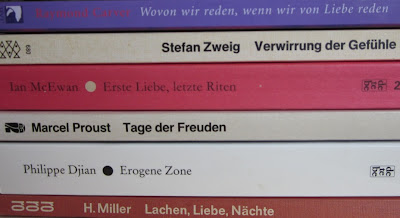 
The beginning
What Cover-story 0004 is about
Fancy to join? The Flesh-eating Dragon offers a good introduction
Posted by Sean Jeating at 22:56 2 comments:

Confusion of the feelingsFirst love, [last rites]
Days of joyNights of love and laughter


The beginning
What Cover-story 0004 is about
Fancy to join? The Flesh-eating Dragon offers a good introduction
Posted by Sean Jeating at 11:57 4 comments:

Confusion of the feelingsDays of joyNights of love and laughter

These were the first books I put together this afternoon, not knowing that at the end there'd stand a pile of 27 books posing for my camera;
At that moment an experiment was born: This story will be continued.
For the next couple of weeks each day you will find one chapter added.
This can turn out to be exquisitely boring, perhaps not.
Those who like can see a story developing, not necessarily always straight forward - or rather: straight downwards; sometimes a new chapter will be inserted. Even the title might suddenly change.
However, there's much more that can happen. You might find yourself trying to slip into the author's thoughts. 'Why would he choose this one for chapter 3? I'd insert it between chapter 11 and 12.' And so on, and so on ...
You might try to guess what the next chapter will be about. And when it's been posted you might be disappointed or surprised or amused or ...
What depends me: I am amused; the more as I would not be surprised if I surprised myself and what today I (thought to be) finished at the end will tell completely another story. Protagonists sometimes can be very idiosyncretic, out of the blue mutiny and board their master's command bridge. :)

Apart from such imponderables, presently there's but one open question: How to avoid repeating the idea behind this experiment for random first time visitors, again and again?

By setting three links I suppose:
One to the beginning; one to this post; one to the ingenious Irishman who put the idea into my head.
We shall see.
First, though, I shall sleep.
The peace of the night.
Posted by Sean Jeating at 01:40 11 comments:

Imagine, dear readers: During their campaign Orkney's busy Policemen within two weeks stopped 11 (in words: eleven) drivers.
Blimey!! That's one driver every 30 hours 54 minutes and 54 seconds!!!
Didn't I save a drop of Highland Park for special moments?
Ah. Yes. ... 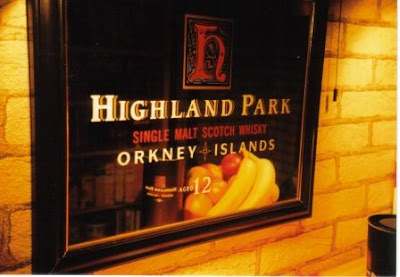 Here's to the brave Orkney policemen,
to Sergeants Pluck and MacCruiskeen
and the busy bees of Orkney Today. Sláinte!
* 'thankfully?! I thought it was a Drink Drive Campaign!
Posted by Sean Jeating at 00:06 8 comments:

The Trial
The Prosecution of George W. Bush for Murder
Nada ...
Posted by Sean Jeating at 14:46 7 comments:

[...] close to 92,000 classified documents pertaining to the war in Afghanistan have been leaked. SPIEGEL, the New York Times and the Guardian have analyzed the raft of mostly classified documents. The war logs expose the true scale of the Western military deployment [...]
Continue

http://wardiary.wikileaks.org/
http://www.guardian.co.uk/world/series/afghanistan-the-war-logs
http://www.nytimes.com/interactive/world/war-logs.html
http://www.spiegel.de/international/world/0,1518,708314,00.html
I see no need to add any personal note - at this point ...
Posted by Sean Jeating at 11:09 8 comments:

Currently I am surrounded by (about) the books I concider to be my favourite thousand.
All in perfect order.
There are
- two shelves with German authors
- one shelf with English authors
- one (a bit bigger than the English shelf) with Irish authors
- one with North American authors
- one with Italian, French, Spanish and Latin American authors
- one with Scandinavian, Russian and other European authors
- one with African and Asian authors
- one with anthologies
- one with philosophy, politics and other non-fiction
- one full of science and dictionaries
... and all in alphabetic order. :)
Did the third line read ' All in perfect order'?
They are not. Not anymore. And it's all Stan's fault.
Had he not removed a book from its tower and thus had not caused it stoppling unstoppably against its neighbour and causing a domino-effect he might not have felt prompted to carry out a modest plan that had just taken seed; certainly there would not have such a chaos been caused in my book shelves.
Do I feel upset? Yes!!
And no.
Actually, somehow I do feel what might have been a tiny mishap for an Irish language-connoisseur, could turn out to become a  giant leap for Omnium.
You know such situations? Reading a book, suddenly you (want to) say: 'Oh, Darling, listen.' ...
Now is not every reader (considered) Omnium's darling (per se), but ... yes: For quite a while I thought of introducing my readers to at least some books I do find recommendable.
My problem(s) so far:
- (proverbial) laziness ... those who prefer to call it arrogance are forgiven
- lack of time ... to look up all those words to let my reviews sound not only excellent, but let my readers jump up and hurry to the next bookshop around the corner and order the book
To cut it short: Thanks to Stan I do see an opportunity to introduce you to at least some books I like, without the need to tell you why. For sure: (if you want) you'll find out yourself.
So here's what I decided to call Cover Story 0001.

The World According To Garp*:
A Time to Dance
Under the Milkwood.
* See my next problem? Due to my laziness (see above) when reading a book I'd prefer to read it in German which offers the opportunity to sometimes sentence the translator to at least two seconds of severest  swearboarding ... but ...
on the other side, this dilemma provides possibilities ...
Alas ...

In such a Night
Getting Through
The Dark 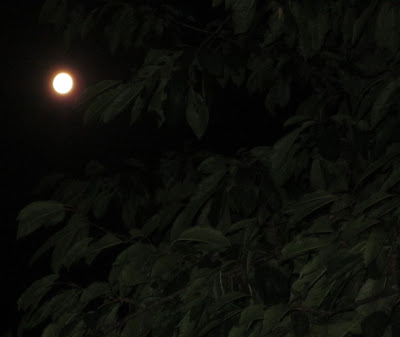 The peace of the night.
Posted by Sean Jeating at 03:50 9 comments: 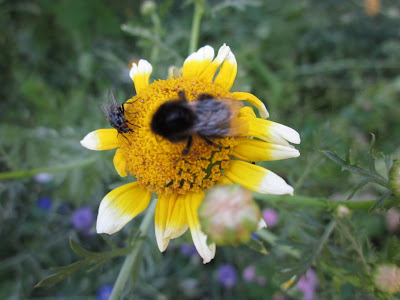 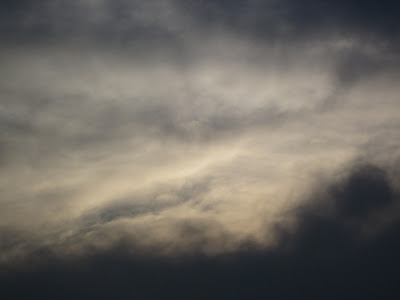 Here the rain comes - hopefully without hailstones.
Posted by Sean Jeating at 21:57 11 comments:

Just to cool myself down 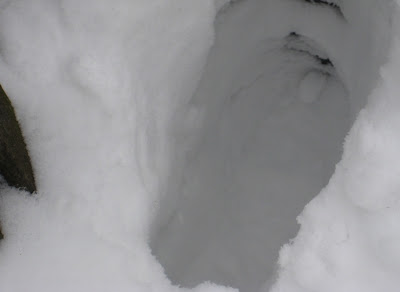 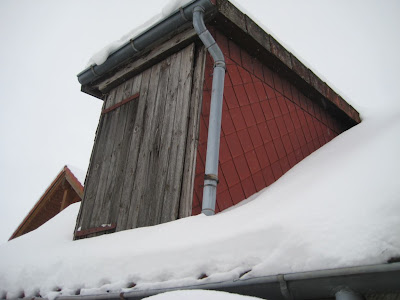 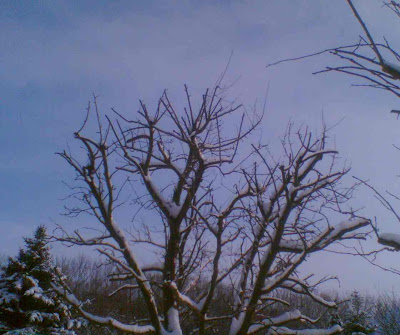 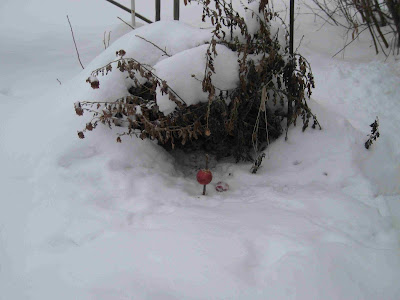 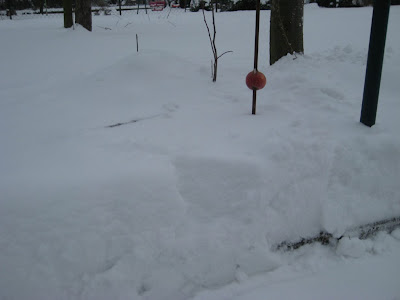 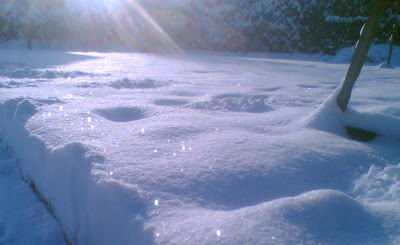 Happy Birthday to a "Titan"

As I wrote here and there: If the German team plays as fine a football as against England and Argentina, they will have a chance.
I would not mind, though, if the Spanish team won; as long as they play fair and are better.

Well, and tonight the Spanish team was better!

What fascinated me: Seldom I saw such important a match with almost no fouls.

One must health pay its tithes.

Yesterday, around midnight I suddenly thought of that my father who - exactly four months after my mother - died 21 years ago, and I now have attained full age: he as a dead, I as an orphan.
'Oh, how disrespectful!'
Sure?
Anyway, the corners of our mouths enjoyed a jocund expedition to the ear-lobes.
Posted by Sean Jeating at 00:17 3 comments: