Same procedure as every year

If counted well the Germans today can watch Dinner for one (The 90th birthday) - history here - twelve times at different times on various TV-channels.
Very strange folks, the Germans.
Well, judge for yourself.

Labels: Dinner for One

There are very many people who read simply
to prevent themselves from thinking.
Georg Christoph Lichtenberg (1742-1799)

Sorry, I am reading 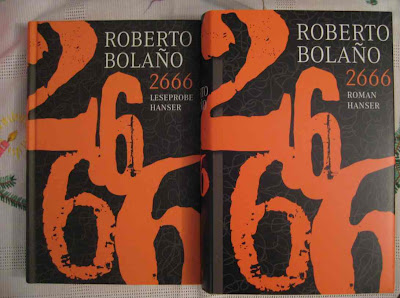 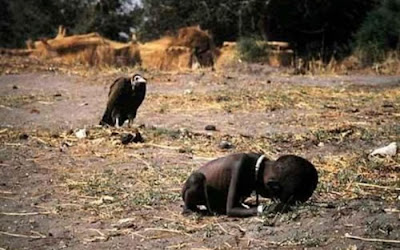 Yes!
Yes, to the question I have sometimes been asked.
This agnostic will be enjoying the days to come.
Given Christ would be the very one he is said to be;
and given you believe what you have been told:
Are you sure he would our preparations for what we call Christmas not call Christmess?

We do not need any god to know that it is go(o)d to be go(o)d to one another.

Yes. We bought a (killed) tree.
Ah, and again having the privilege to do the washing up when the ladies of the house are baking all those most delicious cookies!

And not seldom I would hear: Ah, Sean/Popoye, why would you think to need reminding us of so drastically of what happens in this world?

And, despite feeling guilty for spoiling their happiness, I'd say: 'Just to remind us of that we are very lucky.'

Not always - and how good I can understand - they would appreciate my words.

But for sure: I do appreciate their (hands') work. 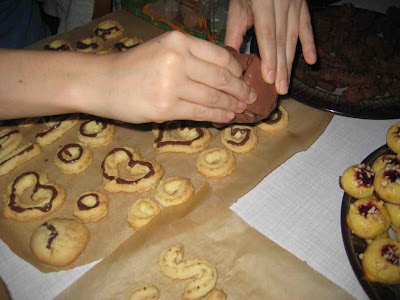 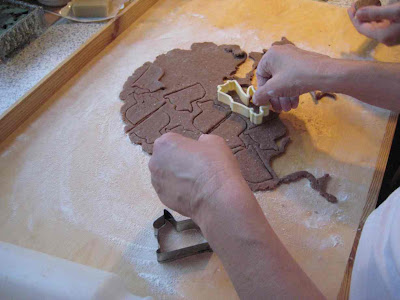 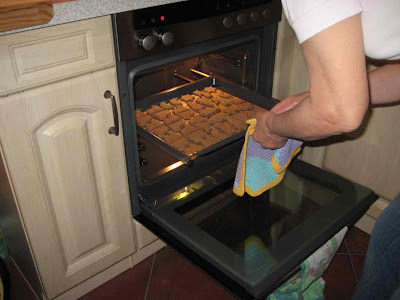 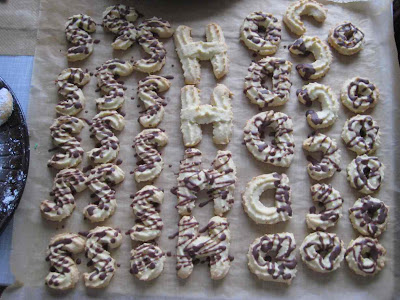 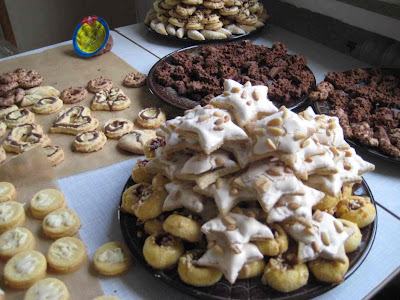 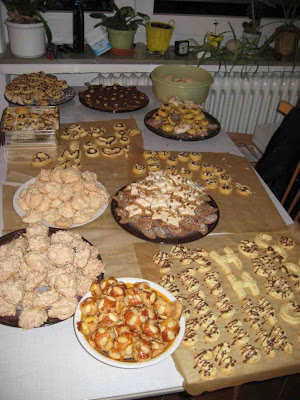 I do like - almost I had written: I love - our annual rituals.
And still, like last year: My 'Merry Christmas' post will not fill your hearts with joy.
It would not be my intention, anyway.

Having written this: Enjoy the togetherness with those you love. Be kind to one another. Very probably, any sign of kindness - may it be some sparkling eyes, a (very) kiss, a tender hug - well, you know what I mean, hm? :) - will be appreciated; more than any (expensive) present.

For the time being

I think what I want, and what does delight me,
yet always in stillness, and as it's complying.
My wish and desire can no one deny me
and so it will be: The thoughts are free!

And if I am thrown into darksome a dungeon,
all this would be but vain an endeavour,
because my thoughts tear the gates
and walls apart. The thoughts are free!

So I will renounce my sorrows forever,
and never again with whims will plague me.
One can in one's heart always laugh and banter
and think thereby: Die Gedanken sind frei!

Pain(t)ing history or: Human's got talent

Why would I while pondering about what Kseniya Simonova painted in sand (see previous post) suddenly come to think of Péter Esterházy and Patrick Desbois?

A touching story it was; a story in which - as a commenter stated - she 'united a grief of our people [i.e. the Ukrainian people], and also glory and pride, especially the victory over fascism'; a touching patriotic story that won her the contest "Ukraine's got talent".
Now is her specific talent such great that the sand-paintress could have painted any story in the sand to win the equivalent of 125,000 dollar, would you agree?

Do I hear anybody say this would not have been clever an idea?

Well, such kind of (hi)story would not fit to any nations glory, hm?

And now to the opening question. As for Patrick Desbois, just follow this link, and - in case you speak English, French and/or German you will understand why I came to think of him. You won't find anything in Russian and Ukrainian, though.

As for Péter Esterhazy: I felt reminded of one sentence in his aureate speech when in 2004 he was awarded the Peace Price of the German Book Trade. Basically he said: All European nations do love the Germans. Blaiming them does spare us to deal with our own history.

All flowers of Seanhenge have departed. All flowers? No. not all — 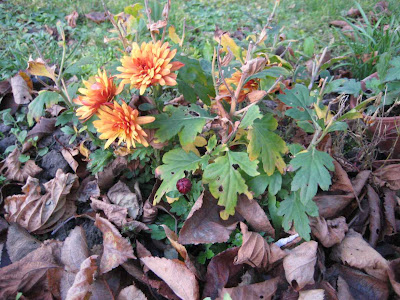 for some indomitable autumn asters, 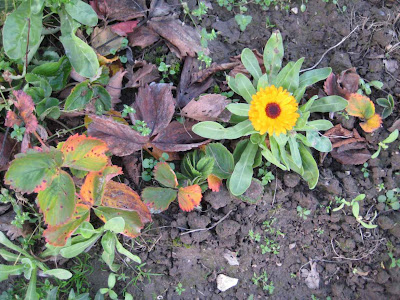 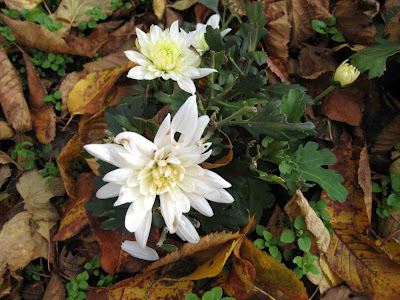 still hold out against the frosty invader. 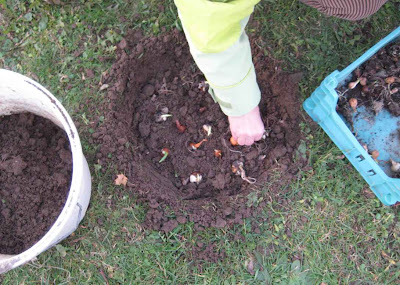 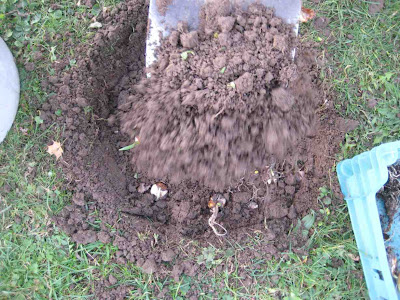 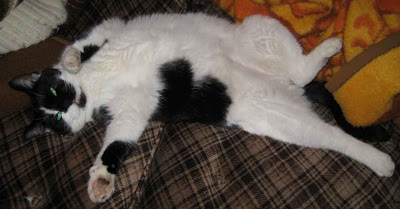 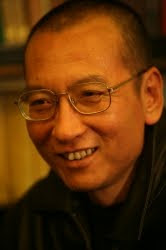 Liu Xiaobo
One year after his detention, yesterday Liu Xiaobo was formally indicted by the Beijing Municipal Procuratorate. Liu is charged with "inciting subversion of state power", a provision regularly used to silence writers in China. If convicted, Liu Xiaobo could face up to 15 years in prison.
The case will be heard by the Beijing No. 1 Intermediate People’s Court; and why would I not be surprised if injustice were dispensed while people like me are supposed to celebrate the so-called 'feast of love'.

Now do I know that clenching fists and wishing that all those Bastards of Beijing may lose their teeth except of one for permanent toothache does have about the same effect like a cucumber glass detonating in Caracas.

And I do ask myself, if - in case I were a Chinese living in China - I would have been amongst those 10,000 who signed Charter 08, of which Liu Xiaobo was one main architect, and: if I would have the courage to sign the following:

We Are Willing to Share Responsibility with Liu Xiaobo

We, the Chinese citizens who have co-drafted or signed Charter 08 with, that Mr. Liu Xiaobo, have learnt that he is to face prosecution and be subjected to penalties, and so reaffirm our attitude once again:

1) We have always believed that China's development and progress must be based on the conditions that the human rights are fully protected, and that the justice can be fully realized, and that the rule of law tends to be completed, and the system turns to democracy. Otherwise, the society will only continue to result in abnormal prosperity, and the social wealth gap will be widening, and serious injustice will bring about the social conflicts. On this point of view, we have upheld the same ideas and pursuits as Mr. Liu Xiaobo has;

2) We are ready to sign Charter 08 and agree with its concepts, which is based on our concerns on the nation’s current and future situations, and also the performance of our civic responsibilities in accordance with the rights affirmed by the Constitution, and which we have never considered to be contrary to any of the existing laws and regulations;

Well, so far 164 domestic co-signers of Charter 08 have signed to share responsibilities with Liu Xiaobo, and 41 overseas co-signers (see the list here).

The prize recognised her ability to depict “with the concentration of poetry and the frankness of prose ... the landscape of the dispossessed”. 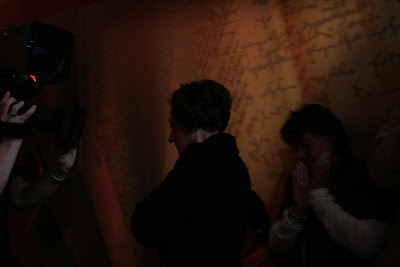 Who does not know me, could easily think I were an arrogant 'hm hm hm'.
Why?
Well, this was my comment when Jams O'Donnell mentioned on October 8th, that Herta Müller had won the Nobel Prize:

"And now she possesses 970,000 Euro. Besides, I do, for a change, agree with Günter Grass who welcomed the nomination as follows: "The members of the Nobel Prize Comitee will have their reasons why they chose Herta Müller." 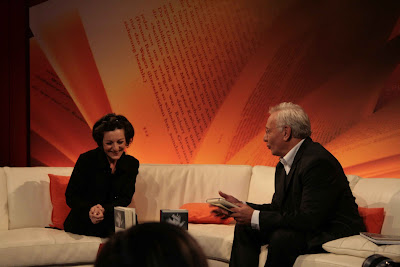 A nasty reply / comment that was. Yes.
And yes! I know quite a few authors of whom I think ...
You, too? Lovely!
No, indeed. Never I shall need to read a book of her!
Why? 'cause after feeding myself for decades with reading / watching / witnessing atrocities I do just not need to be taught how horrible we can be. I do not need to read such things anymore FULLSTOP 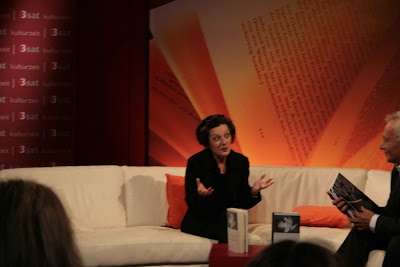 But did you ever listen to Herta Müller? Did you watch her? Do you know (a tiny bit of) her biography?
Thus, again: There are quite a few authors of whom ... I would have thought that ... but ... what a woman!
And one day ... one day you will have listened to her ... you will agree.

Just for my dear readers

... for those who have been bearing me for quite a while, that is.

Sorry for not having answered your recent comments, yet.

As you know, mostly I'd try to answer, individually.

However, presently - presently?! :) - words do not come easy to me.

For this and that reason.

That's all I need, these days. Thank you so much.


No comments, please, as I do wish to delete this as soon as ... possible.

The peace of the night.
Posted by Sean Jeating at 00:30 No comments:

Voilà.
As many things would come in threes,
why not three fine pieces of writing?

No doubt reading them each will leave you impressed.

- miaow in the winter of my discontent.
Posted by Sean Jeating at 23:58 2 comments:

Well, ... and as I came to know that coincidentally friends of mine only the other day were on a Holst-trip ...

Right you are. Surf on in peace, and may you find more interesting a blog. :)

Ah! No child abused. No woman raped. No man raped or raping himself.

No politician, no cleric lying, no scientist cheating ... for whatever reason. 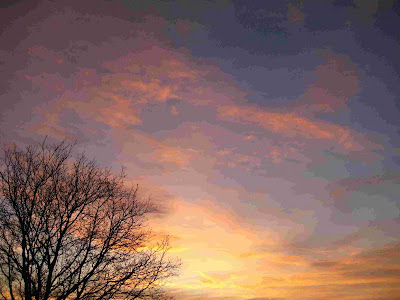 Anyway. May you not get raped. May you have enough to drink and to eat. May no one surpress you.

The peace of the night.
Posted by Sean Jeating at 00:01 8 comments:

Oscar Wilde would have been delighted. Perhaps he is?

For those few who would not know Stephen Fry.

And here his blog which is - although not listed among them :) - seldom boring.
Posted by Sean Jeating at 02:01 7 comments:

Essay on the universal validity of tolerance


Thank you very much for your attention.
Posted by Sean Jeating at 12:13 12 comments:

About democracy and tolerance

Some people would vehemently claim tolerance,

as long as they are not in the majority.
Posted by Sean Jeating at 00:59 2 comments: 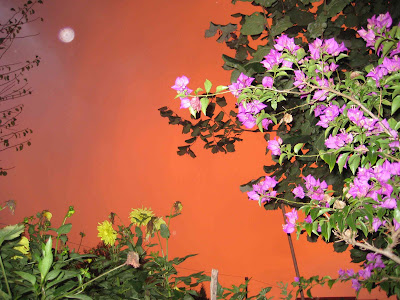 What a photographer sees is not alway what he gets.