Another Lip Service Day (for Peace) 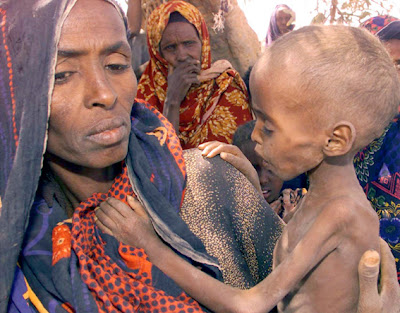 As said, today is another Lip Service Day: The so-called International Day of Peace.

Or will all the actions fill but one little stomach? Today? Right now? The stomach of any child soundless whining at its mother's breast which has no milk?

What is yoga as peace in action but naively acting for the sake of acting?

Peace Day? Or just another day for wheeling and dealing?

Did you already order the Better World Shopping Guide?
Its FREE ... ehem . . . With your tax deductible donation of $20

Or the better world HANDBOOK?
It's even a bit freer . . . With your tax deductible donation of $50

Ah, perhaps today I am a little unfair with some nonprofit organisations.

Therefore: only those feeling blamed and insulted by what I wrote above ... only those are meant.

And now for something not completely different.

Today's Peace Day reminds me of the first poem in many many years that I spontaneously wrote in February 2003, when heinous warmongers pulled the strings and let their illiterate puppet threaten the "alliance of the unwilling" by saying "You're either with us, or against us."

Those
pleading for peace
without diplomacy
are being taught:
You are an enemy.

According to Tetrapilotomos the puppet, which barefaced claimed to be a "peaceloving person" could have also declared: "Peace is not of vital interest to my masters. God bless me ... eh, them."

"To tell the truth", Tetrapilotomos went on, "I'd rather prefer that one day will be said about these and other masters, their puppets and other useful idiots, what in 1588 was a dictum in England: 'God blew his breath, and they were scattered.' Of course, absolute peacefully, and it needn't be a celestial being; a tiny little butterfly in the Amazonian rainforest would do."
Posted by Sean Jeating at 13:15