Top of the pops

It's never too late to talk about potatoes, isn't it? :) Thus, as anounced only eleven days ago, here some pics and but a few words.

As already mentioned, this year I felt I ought to be a bit worried. :)

Seriously, digging was a pleasure, not only for our cat which was ... 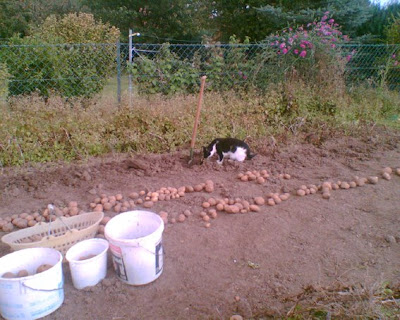 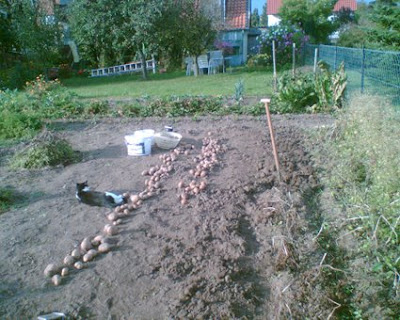 and with Argus-eyes kept guard.

The potatoes, too, had their fun. 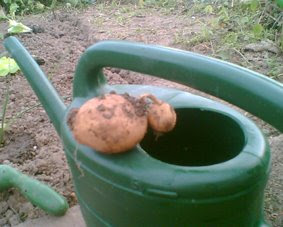 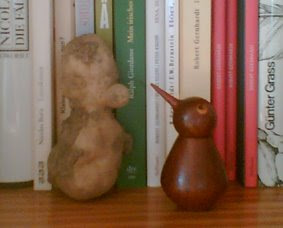 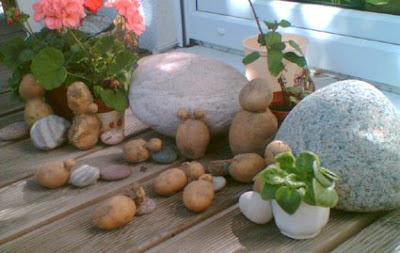 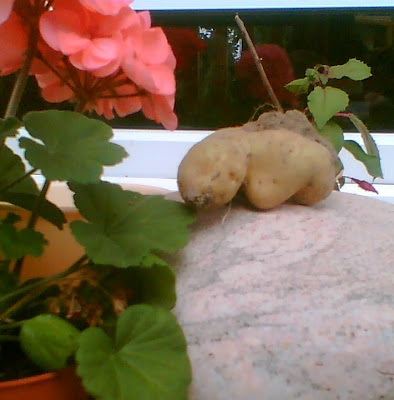 On an even more serious note: Although we had planted only ten short rows (5 rows with 'early', 5 with 'late' potatoes', at the end we had carried around four hundredweights into the cellar. Marvellous potatoes many of which would not been sold in supermarkets, as their shape's considered political incorrect - and thus they are (somehow) illegal, the more as they don't contain of the average pesticides-level.
Anyway, I can assure you: despite all these flaws they do taste delicious. :)
Posted by Sean Jeating at 01:08