If when it comes to politics you tend to roll your eyes, shrug your shoulders and say 'I don't care about politics / I am unpolitical / I can't change anything, anyway / The world is as it is / Politicians are selfish bucking fastards ... etc. etc. -  ahem: all these are political comments.
It's the polis where politics begins.
Actually, it begins within your four walls.
No?

Oh well, then hurry on to the next most thrilling blog.

Just some of the many services run by your local Council. Our work touches almost every aspect of life across Orkney. As we prepare for Tough Times and Tough Choices I’m posing six questions on this blog.  There is a reply form below for your ideas and suggestions. I look forward to hearing from you."

A Council Convenor's introducing 75 (!) words to - what I think - a remarkable blog.
Why (would I make a post of this)?
Well, the other day I took the time and read all - yes: all - contributions re

and afterwards thought: that's an interesting attempt.
What a feedback. If only  Orkney's elected representatives will take serious what those wrote they are representing. This blog is a chance! Do they know?

Now are the Orkney islands inhabited by approximately 20,000 people, about as many as are living in the little town where I was born once in the past millennium.
Such 'thing' wouldn't work in London, New York, Tokyo, hm? Not to speak of Great Britain, the U.S.A., Japan etc., let alone India and China.


Well, it would. At least, it could.
It's - repeating myself - the polis where politics begins.
Actually, it begins within your four walls.
No?

Following the links given above you will find one contributor writing:


It is quite obvious that this entire blog has only been set up to give the impression that 'we' are somehow part of whatever solution the council comes up with and so are helping to decide our own fate. This is not actually the case. [...]

I wish s/he (who in the following wrote down some good thoughts) were wrong; because - repeating myself - if  Orkney's elected representatives will take serious what those said they are representing, they will be giving evidence of that they understood what they are: representatives.


And here a tiny service for those visitors from the U.S.A. who normally watch Fox News and only accidentally landed at Omnium and would not immediately know the whereabouts of the Orkneys. 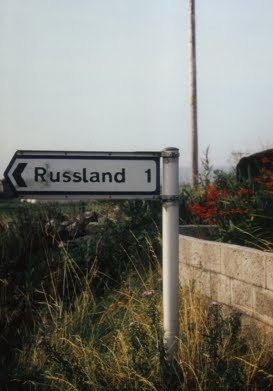